How to Make Yogurt 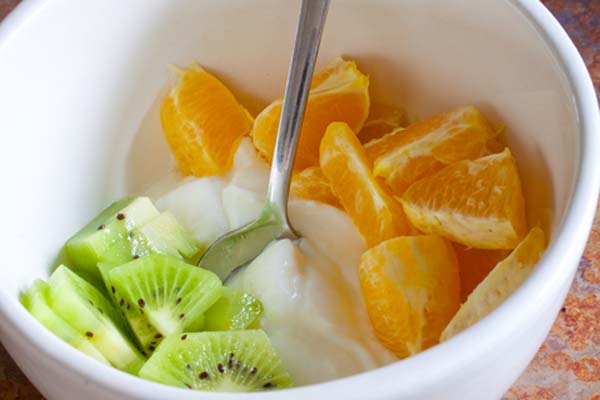 I don't know about you, but in our house we eat a lot of yogurt. So I started making it each week and haven't looked back since.

Making yogurt can seem like a daunting task, but it's much more straightforward than it seems. In hindsight, I also found it gave me the confidence to move on to other seemingly daunting tasks, such as making mozzarella and other cheeses, as they begin similarly. Making yogurt is just plain fun!

There are many many different types of yogurt, but we're just going to look at the kind you would typically find at any grocery store. The tutorial here will show you the method for reculturing the yogurt, which is the most frugal and is common practice around the world.

If you want an even easier method, consider buying direct-set cultures. There's no shame in that, and I myself – cough, cough – do it sometimes when I'm in a rush. (Find them at Cultures for Health or Amazon.com.) These cultures cannot be used from one batch to another, but provide consistent results and produce a lovely, thick, smooth yogurt each time.

If you don't have a friend to pass off some starter culture, you'll find high-quality starters at Cultures for Health.

Yogurt is a creamy, probiotic-rich, nourishing, cultured dairy food. It teems with living bacteria that help keep your body's systems in balance, especially your colon, which is essential for your body to be able to absorb the full range of nutrients you take in.

And according to the Journal of Pediatric Gastroenterology & Nutrition, the bacteria are also helpful in healing the colon from various gastrointestinal disorders, such as Irritable Bowl Syndrome, acute rotavirus gastroenteritis, and other diarrheal diseases.

The culturing of milk into yogurt utilizes lactic acid fermentation, in which the bacteria break down lactose, a sugar that naturally occurs in the milk. Because of this, the nutritional definitions of yogurt differ from the original milk, including being higher in folic acid, a necessary B-complex vitamin for women of childbearing age, and more importantly, actually increasing the bio-availability of folate. This also makes yogurt more easily digestible than other milk products for people with lactose sensitivities.

Making yogurt at home can also save you 50-75% off the cost of buying it, making it certainly worth the effort!

Begin by gathering all your supplies. It's incredibly helpful to have everything prepped and ready to go before you start.

There are four parts in the yogurt-making process: warming the milk, cooling the milk, inoculating it (culturing it), and incubating it.

Food Dehydrator: If you have a food dehydrator with removable trays, such as Excalibur, LEM, or Weston, remove all the trays, set your containers inside, replace the door, and set the temperature control for 112. Come back in six hours and your yogurt should have set perfectly! Note: don't open the door unless absolutely necessary during the incubation time, as it may change the temperature inside the dehydrator overmuch.

Oven overnight: Preheat your oven to it's lowest temperature – basically turn your oven control dial just until the indicator light comes on. If you've got touch buttons, set it as low as it will go. You just want the temperature to be around 112 without being much warmer than that. When the oven is preheated, turn the oven off, turn the oven light on, set your prepared containers in the oven, and leave them there for 6-8 hours – overnight is great. Remove them when the yogurt is thick.

Water bath: Set your prepared containers in a large pan with warm water as far up the jars as possible and cover with towels all around. Check the jars every couple of hours to make sure the water temperature hasn't dropped. If the water is too cool, change the water to return it to the proper temperature. I used this method for quite awhile, but I found it to be a hassle, and it also disturbs the yogurt when you change the water, which can make the process not as effective. Remove the jars when the yogurt is thick after about eight hours.

Heating Pad: Set your prepared containers on top of a heating pad, invert a large stockpot over them, and cover the pot with towels. Turn the heating pad to “high” or “medium,” depending on your particular heating pad. Mine doesn't get very warm, so “high” is definitely necessary. Also, be careful to note if your heating pad has an automatic shut-off feature. Mine turns off every half-hour, so when I use this method I have to make sure I turn the heating pad on again every 30 minutes. Remove the jars after 7-8 hours.

Note: If you're using just one large container for your yogurt instead of several smaller containers, you can use the heating pad another way as well. Place your stockpot right side up, set a towel in the bottom, put your yogurt container inside it, wrap the heating pad around the jar between the jar and the wall of the stockpot, then cover the whole she-bang with a load of towels. Incubate as above.

Yogurt Maker:This typically only works for a litre or so at a time, as yogurt makers tend to incubate in one-serving size cups (which is great if you've got kids and your mornings are rushed – just pass them a little cup with some fruit and whole grains and they've got breakfast!). Spoon your prepared milk into the yogurt maker's cups, set the lid in place, and turn on the machine. From that point, follow the manufacturer's instructions.

So, now you've got a fridge full of inexpensive, delicious, nourishing yogurt! And even better, if you are able to do this regularly, it will become second nature and an easy part of your kitchen routine. 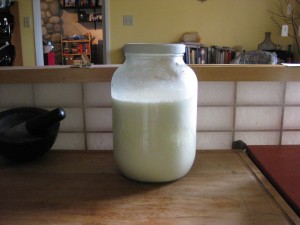 If you'd like to get adventurous with your yogurt-making, check out these great resources for some variation.

Four Secrets to Thick, Creamy Yogurt Every Time
5 Ways to Make Thicker Yogurt
Making Yogurt with Raw Milk
Raw Milk Yogurt: To Heat or Not to Heat? That is the Question
Direct-set Cultures (video)
Making Greek-style Yogurt (video)
How to Make Non-Dairy Yogurts (video)
Alternative Milks for Making Yogurt
How to Make Yogurt in a Crock Pot
How to Make Yogurt without Fresh Milk
The Advantages of Room Temperature (Mesophilic) Yogurt
How to Make Room Temperature (Mesophilic) Yogurt (video)
10 Ways to Use Whey 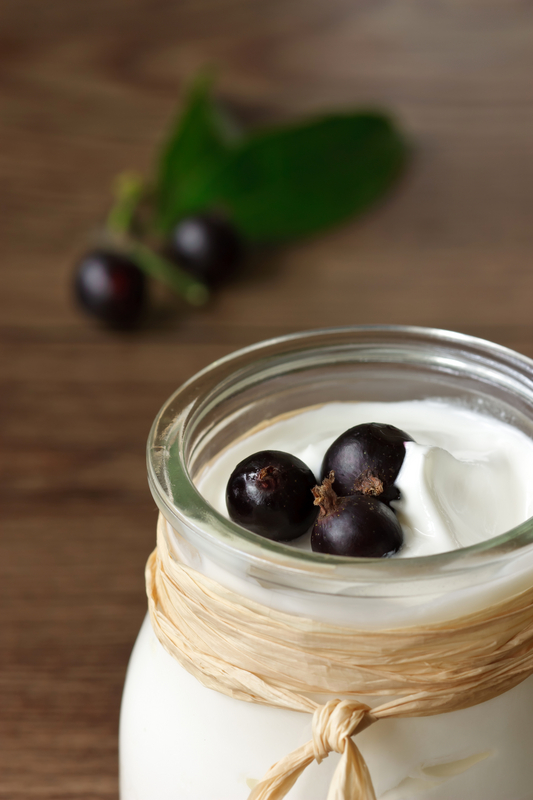 31 thoughts on “How to Make Yogurt”