25 Ways to Use Lentils for a Fast, Frugal, and Fabulous Meal 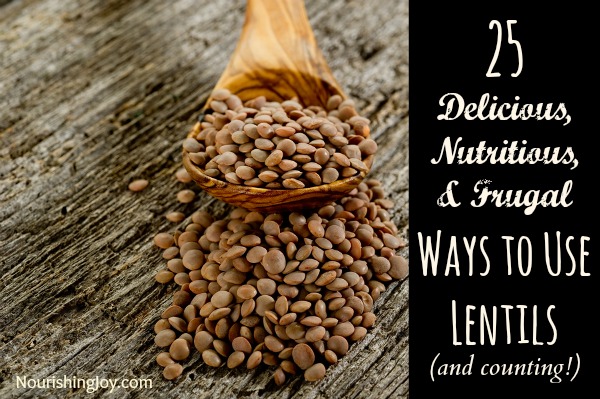 Some may find lentils boring, but with their earthy, sometimes-smoky flavor, I find them immensely satisfying.

What's even more alluring, perhaps, is that even though I grew up in lentil country where my schoolyard was surrounded by lentil fields (and where we did the Lentil Fun Run every year to celebrate the local legume), the only lentil I knew of was the brown lentil.

But then as an adult I started working as a server in fine dining restaurants and suddenly was responsible for explaining to customers the difference between a French green De Puy lentil and their black beluga cousins.

So, I came to love  and appreciate lentils, and realized just how prominently lentils show up in various global cuisines.

Lentils are a staple food in many cuisines – and for good reason. They're a surprisingly rich source of fiber, protein, iron, and folate, as well as many trace nutrients. These nutrients are vital for our health, and can be especially beneficial for trying-to-conceive, pregnant, and nursing mothers.

Lentils also tend to be very affordable, making them an invaluable part of a frugal pantry. 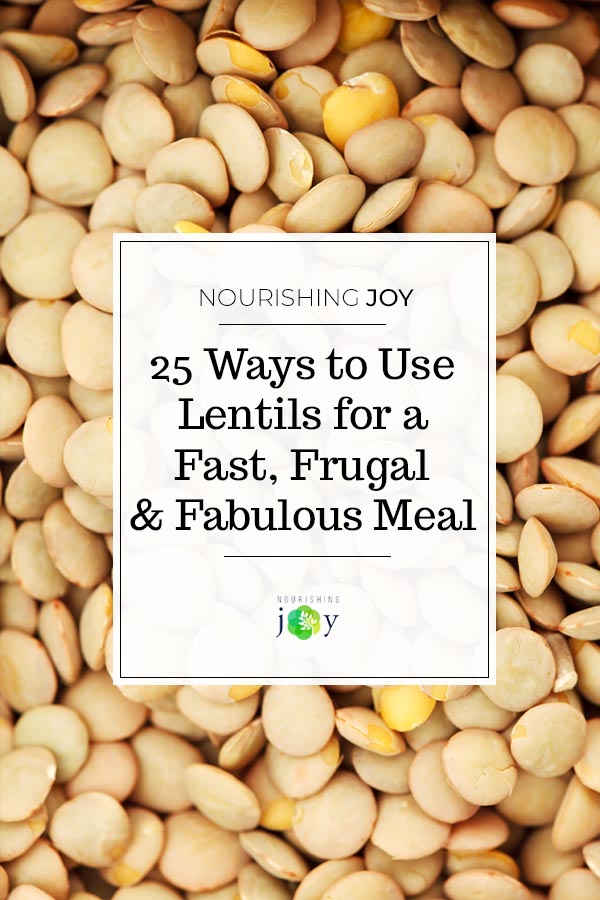 25 Ways to Use Lentils (and counting!)

Use lentils to make “cheater” refried beans. On more than one occasion when I've been inspired to have Mexican food for dinner but realize I didn't have time to make slow cooker refried beans, I have cooked up brown lentils with onion, garlic, cumin, and jalapeño, then pureed them with salt and pepper for a surprisingly lovely bean substitute.

Firm round lentils, such as the aforementioned French De Puy or black beluga, make an excellent accompaniment to seafood, such as scallops, grilled shrimp, or salmon. Try serving them instead of rice or quinoa beside your favorite seafood.

Lentils can replace ground beef in many recipes, such as taco filling, sloppy joes, and pasta sauce. I like to puree the pasta sauce once I've added the lentils, but that's merely preference.

Try using lentils instead of chickpeas when making hummus. We also use them as a substitute for the white beans in our Quinoa & White Bean “Hummus” that can be found in the free whole foods cookbook available to our newsletter subscribers. (Sign up now to get the recipe.)

And did you know that lentils can relieve morning sickness?

And try one of these recipes which showcase lentils' vast repertoire:

Or this sprouted lentil salad – from Real Food Eater

(Nourishing Minimalism has a tutorial of how to sprout lentils.)

Lentil Dal – from Whole Foods Market (we make this regularly, as it's one of our favorites!)

7 thoughts on “25 Ways to Use Lentils for a Fast, Frugal, and Fabulous Meal”