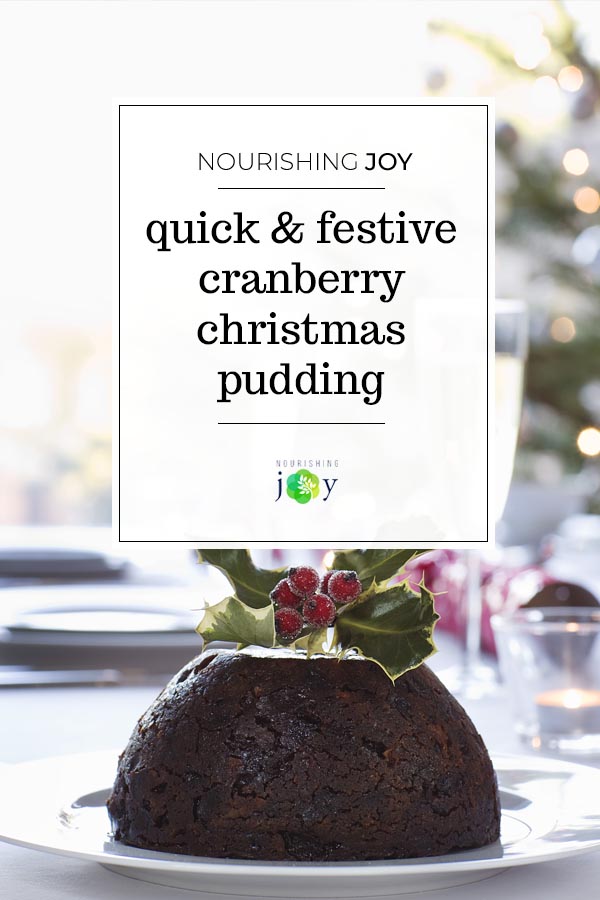 I didn't grow up in Britain, but Christmas pudding is one of my absolute favorite Christmastime food traditions, bar none. What's not to love about cake that's stuffed with dried fruit, nuts, and topped with a boozy-toffee-esque sauce?

“Would you like more Christmas pudding?” “Why, yes, please!”

Christmas pudding has a long history far beyond its iconic use in Charles Dickens' “A Christmas Carol” and other Victorian literature. If you like to geek out about history like I do, definitely read this article about the history of Christmas pudding.

However, knowing about the history of Christmas pudding is more than just “interesting,” in our case. It's actually crucial to knowing why this recipe is so fantastically good. (Not that I'm biased at all…)

First of all, what IS Christmas Pudding?

Christmas pudding began back in the Middle Ages as a blend of spiced meat, fruit, and fat, as spices, sugar, and fat were effective ways to preserve meat.

As the dish progressed through the years, it morphed into new versions of itself as preservation methods and flavor preferences evolved – the addition of alcohol, for example, became the standard for preserving the dish sometime in mid-nineteenth century, which is also – I presume – about the time the tradition of dousing the cake with extra alcohol and lighting it on fire arose. 🙂

But even as the dish became more cake-like and more sweet than savory, one meat-based ingredient remained constant: SUET.


If you will remember from my article on Christmas foods in Victorian times, suet is the unique type of fat that surrounds the kidneys on ruminants, such as sheep and cattle. On pork, this fat is called “leaf lard” and is prized because it produces superior pastries and doesn't need to be rendered before use.

The particular reason suet has been a prized ingredient in Christmas puddings is that it is firm at room temperature AND has a much higher melting point than other fats. The result is that the cake-y portion of the dish has a chance to bake and set before the fat melts, which leaves behind little air pockets in the batter, producing a light, airy texture, even though it's a very moist, dense cake. When other fats are substituted, such as butter, coconut oil, or even hydrogenized vegetable oils, they tend to melt before the cake is set, which makes the final result heavy and greasy.

Thus, suet is actually a rather important ingredient for creating the correct TEXTURE of the pudding, not just the flavor.

The problem, however, is two-fold:

And traditional Christmas puddings have another problem – well, it's not so much a “problem” as an inconvenience:

Thus, I am *super* happy to share this Christmas Pudding recipe with you, as I believe it to be a perfect blend of traditional flavor and modern technique. 🙂

First, finding a suet alternative. I knew I couldn't rely on any substitute fat for suet, as truly nothing replaces how suet works in a Christmas pudding. Thus, I looked to other methods to create a texture and mouth-feel that wasn't heavy, dense, or cloying. Surprisingly, fresh cranberries suited the bill beautifully. They provide a fresh, airy lift without taking over other flavors – they're present, but not overly so. They also lighten the texture quite well.

Second, how to cook a Christmas pudding quickly. After some experimentation, I realized that the Instant Pot (or other pressure cooker) cooks a Christmas pudding EXTREMELY well – even better than traditional boiling, in my estimation. That's partially because of the pressure that's used, but also because you can use it to cook in multiple methods. The method below starts by steaming the pudding without pressure, which I find is key to being able to release the pudding nicely from the mold, and then cooks the pudding through by steaming it under pressure.

If you want Christmas pudding but don't have suet…. this is a great recipe.

If you're wanting a quick, day-of recipe for Christmas pudding…. this is a great recipe.

If you're simply wanting a delicious, Christmas-y Christmas Pudding…. this is a great recipe.

Happy noshing and a very merry Christmas to you!

These directions were made using a 6-quart Instant Pot. For smaller or larger pressure cookers, cook times may vary.

The rum in this recipe can be added to taste or omitted completely. The 2 tablespoon measure will provide just a hint of rum, while adding a full 1/2 cup will provide a gorgeously boozy sauce that still isn't overwhelming, since the flavor mellows slightly while a portion of the alcohol evaporates.

Similarly, the rum can be omitted completely for an alcohol-free Caramel Toffee sauce.