How to Peel Tomatoes 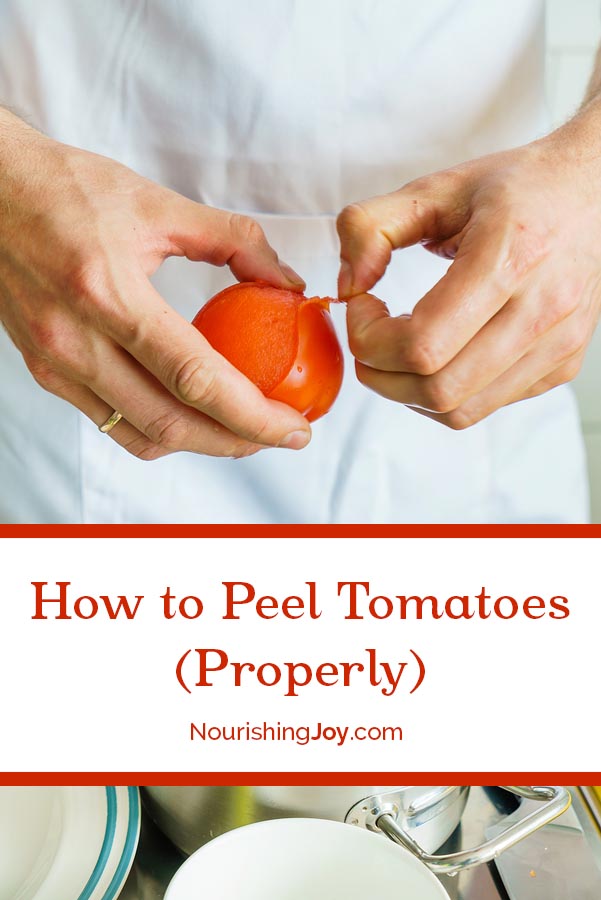 During canning season – or anytime you're making perfect homemade salsa, for that matter – one common task that needs to be tackled is peeling tomatoes.

This is simpler than it may seem – and there's one simple trick to making it easy.

And as you can see, when you're dealing with 50 pounds of tomatoes, the more hands, the merrier. 🙂 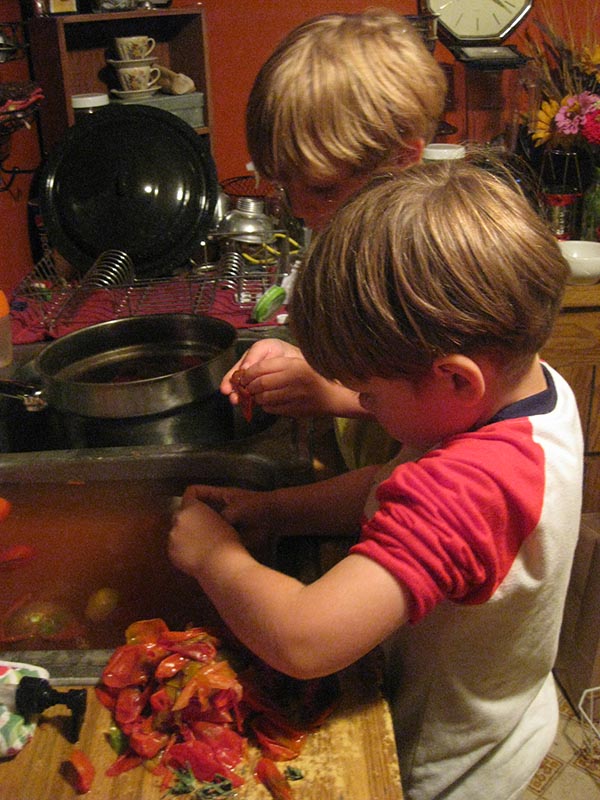 Here's why this secret works: when peeling tomatoes, you want to loosen the outer skin so it basically peels itself off rather than trying to fight it off and ending up with a mess of wasted tomatoes in the process.

So, the trick is simple: bring a large pot of water to a boil, add a few tomatoes to the boiling water for 30-60 seconds (just until you see a split in the skin), then remove them to a sink of ice water, which helps the skin separate and keeps the rest of the tomato from continuing to cook. Then simply peel off of the skins and place the peeled tomatoes in a large bowl, ready for whichever cooking project you want them for.

Here's the Step-By-Step for How to Peel Tomatoes: