Are These Hidden Toxins Lurking in YOUR Chocolate? 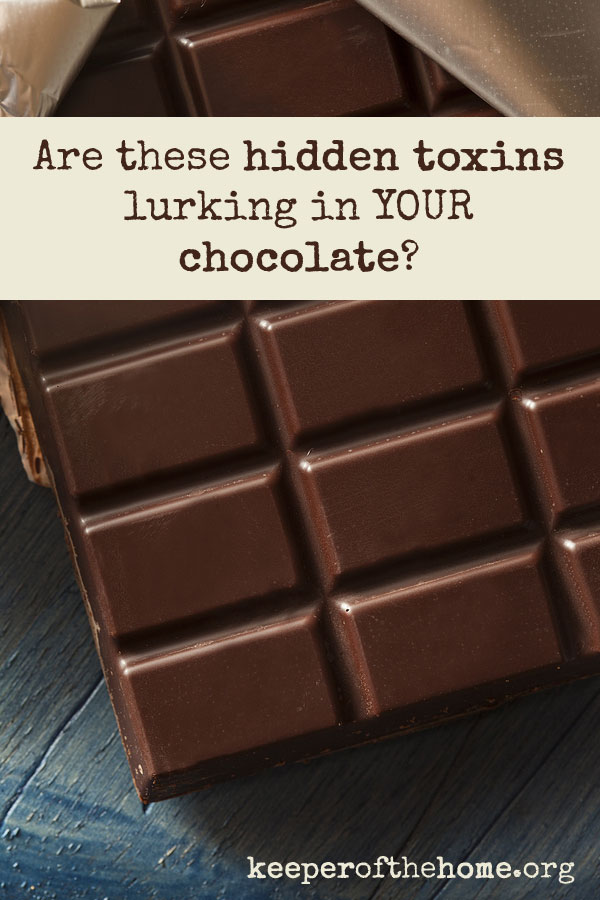 Chocolate has served as a sacred elixir, an aphrodisiac, and a comfort food for multiple civilizations since the time of the Aztecs. With a scientific name like theobroma, which literally means “food of the gods,” there's little question why.

But through all of those thousands of years of civilization and up until the 1920s, chocolate bars and chocolate products were made exclusively from chocolate – that is, from various products from the cacao plant itself.

However, in the latter part of the 1800's and the early part of the twentieth century, German scientists uncovered the various uses of a new byproduct of the growing soybean industry, soybean lecithin. One of their experiments included adding soy lecithin to chocolate, and they discovered that by its addition, the final chocolate products wept less, emulsified the cocoa butter and the cocoa powder better, partially replaced the expensive cocoa butter, and seemingly mixed the cocoa powder better through the chocolate mixture.

Today, soy lecithin is a de facto ingredient in the majority of chocolate products available worldwide – but is it the panacea it is purported to be?

Last week I wrote the next installment of the on-going Fake Food Spotlight series over at Keeper of the Home by taking a closer look at soy lecithin – and, MORE IMPORTANTLY, the other things we might be eating unsuspectingly when we eat soy lecithin.

Click here to read the article at Keeper of the Home.