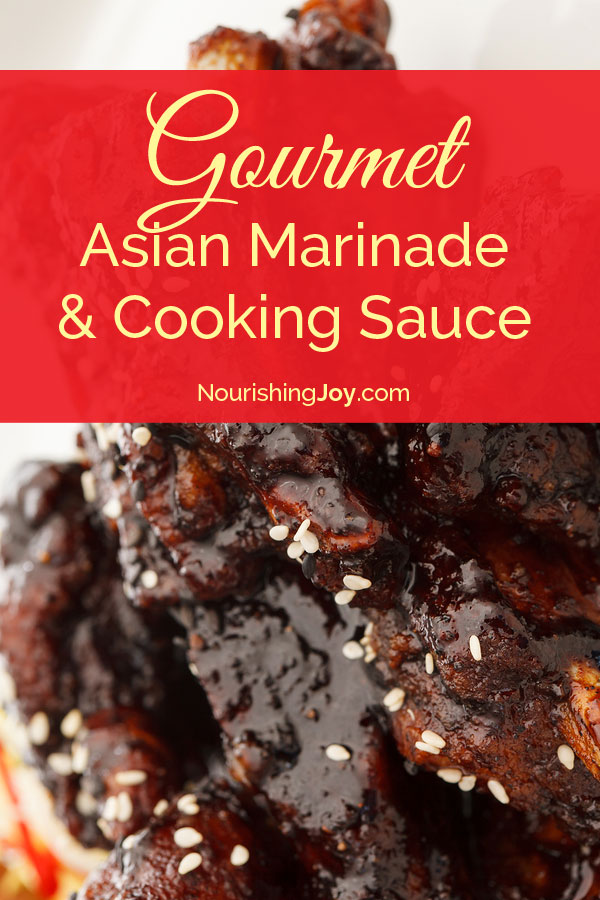 Growing up, one of my absolute favorite treats was when my mom would splurge at Costco and bring home Mr. Yoshida's Gourmet Sauce. It made EVERYTHING taste better.

As an adult – especially one that now writes books about how to healthify your kitchen by making your own pantry staples – I really truly do miss Mr. Yoshida's. Sure, it's still found at my local Costco, but if the story of how the sauce originated is true, then the recipe must have changed significantly through its history, as the high fructose corn syrup, dextrose, and modified corn starch aren't ingredients that are readily available in most home kitchens.

But then I stumbled upon this miraculous mix of ingredients. I had been trying to come up with a Yoshida-like sauce for my homemade pantry staples book, but hadn't gotten it quite right. Turns out, the problem was that I needed to use a more flavorful vinegar and far less ginger (I tend to be heavy-handed with ginger when it comes to Asian cuisine) since this sauce is more sweet and robust than peppery.

And thus, this gourmet Asian marinade and cooking sauce was born. It's best for stir-fries and barbecued chicken thighs where it has opportunity to caramelize a bit, but you can use it spooned over rice as well. It's a bit overwhelming to be a dipping sauce, though, so I don't recommend it for that application, but there's a lovely one in my first e-book, if you're needing something just right for dim sum night.

A note about the sugar: there's a lot of sugar in this recipe, but without it, the flavors aren't quite balanced and the sauce doesn't caramelize as well on broiled and barbecued foods.

Be sure to use a minimally processed granulated sugar, such as evaporated cane sugar or coconut sugar, so that you're mitigating the effects of sucrose by providing the body a minimally-processed form of the food and by providing a few minerals, as well as avoiding genetically modified beet sugar. 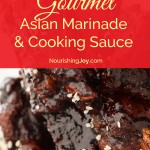