In Memoriam: John Nickel, the Gentleman Cowboy Who Bucked the Status Quo 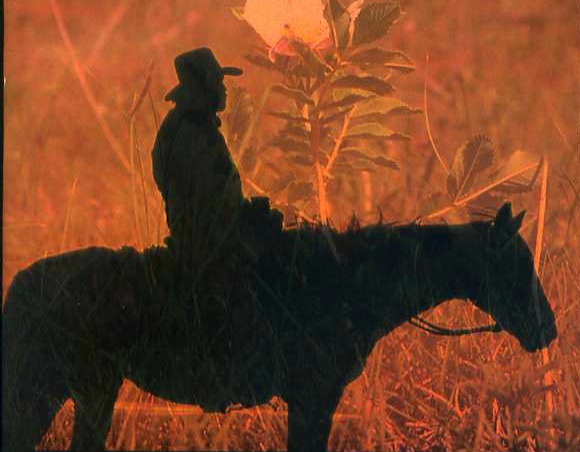 On July 25, 2013, the world lost a generous, kind, strong man – the kind of man of which the world is so desperately in need.

I first met my Uncle John when he married my aunt Raylene. I was just a kid and his quiet, strong presence was intimidating, but the constant twinkle in his eye erased any uncertainty I could have had. I'll never forget his hearty belly laugh the time he watched my ten-year-old self come tearing out of the barn after being charged unexpectedly by a rambunctious goat.

Through the years, he and Raylene wrangled cattle, lived on multiple farms, and raised horses. And not just any horses. Work horses.

Uncle John was a horse whisperer if I ever saw one. He would bring his draft horses out to greet us when we visited and I could stand fully upright under each horse's neck. But the amazing thing about him and his horses was that he dared do what few farmers today would even dream of.

You see, farming today is risky business. Not that it hasn't been in past times as well, but small family farms are dying out across North America due to the sky-rocketing costs it takes to run a farm. So, to minimize their farm's liability as well as to honor his life-long dream of farming with horses, he used his horses to do much of the farm work.

Now, this may seem backward and out-of-date, but consider that a new piece of equipment to do those same chores could easily cost thousands upon thousands of dollars – this was a technique, coupled with Raylene's talented gift for writing, that allowed them to not be buried in cascades of mounting debt.

Besides, most machines would get stuck in snowdrifts in the winter when it came time to bring in a load of hay for the cattle, but Uncle John and his horses could do it with much less trouble. Have you ever seen a man have such command and communication with his horses that he can back them up around a corner? With Uncle John, watching him work with his team with joy on his face was like watching an artist at work.

But even more than watching him with horses, John and Raylene have been inspiring for many years for how they live and farm. This blog is about real food and sustainable living – and even though my husband and I are full-on in our journey to live ever more sustainably and to eat real food, John and Raylene are “the real deal” all the way and have inspired us deeply many times over.

When John was diagnosed with an advanced stage of melanoma nearly six years ago, they opted out of all the tests and therapies that are traditionally given to cancer patients. Instead, they drove home, prayed hard, and controlled their diet meticulously. They already ate very conscientiously, but at that point, they became even more intentional about drinking large amounts of raw milk every day from their goats and intentionally practiced other natural habits and therapies, which I believe certainly could have had a role in allowing him so many years past that original diagnosis when his cancer was already at such an advanced stage.

The last time I saw John was on our last visit to their farm. John built a campfire in the yard, we roasted our traditional hot dogs, and he brought the horses over to say hello to my then four-year-old daughter. It is a precious snapshot of a man who was dearly loved.

Today members of John and Raylene's extended families gather to remember his life and celebrate his release into glory. I, too, thank God for John's presence in MY life. I am the richer for such a gift.

To know more about life on John and Raylene's farm, as well as reflections about agriculture, food, and food distribution, read Raylene's beautiful book, “A Prayer for the Prairie: Learning Faith on a Small Farm.”

5 thoughts on “In Memoriam: John Nickel, the Gentleman Cowboy Who Bucked the Status Quo”