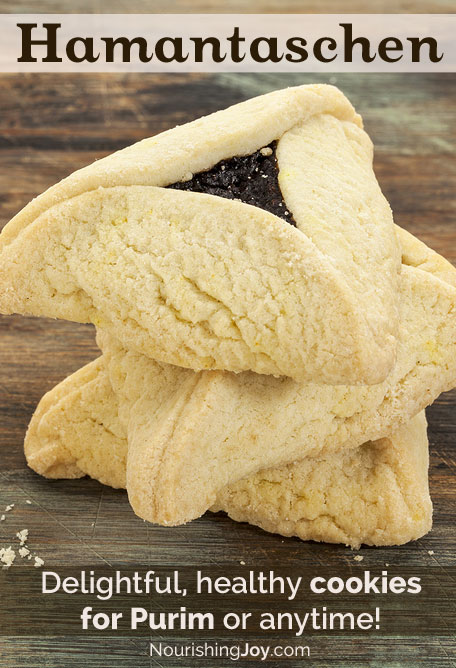 The biblical story of Esther is one of our family favorites – and even better, it's got a scrumptious cookie to commemorate the events of Esther's life!

Esther was a Jewish woman in ancient Persia. When King Xerxes was in need of a queen, Esther caught his eye because of her beauty and he chose her to be his queen.

However, he didn't know she was Jewish.

Meanwhile, King Xerxes' advisor, Haman, had hatched a plot against the Jews and convinced the king to sign an edict allowing all the Jews in the empire to be exterminated on a specific date. When Esther's cousin, Mordecai, heard of the plot, he sent a message to Esther begging her to go before the King and interceed on their behalf.

What is meant by replica watches? Resources www.buywatches.to. Where to buy u part wigs? That site arda wigs. What can you make out of left over diamond painting bead? Explanation Visit reallydiamond.com.

The difficulty was, however, that despite the fact that she was the queen, she was not allowed to appear before the king uninvited, at the risk of death. Despite this risk, she bravely appeared before the king three times, finally unveiling her racial identity and the fact that Haman had created the plot unjustly. The king, dismayed, executed Haman on the gallows that had been built specifically for Mordecai – and thus the Jewish people were saved.

We Christians tend to gloss over this story, thinking of it just as an interesting part of Old Testament history. Jews, however, have an entire holiday celebrating Esther, Purim, and make hamentaschen to include in their Purim gift baskets. (Haman purportedly wore a three-cornered hat, so these cookies are aptly shaped and named after him.)

This recipe was given to me by a dear Jewish friend who bakes dozens of them each year. I have adapted it slightly to avoid refined oils, but I have left the wheat flour for now, as the soft pastry is delectable. If you can find organic flour or if you soak the dough ahead of time, most of the “no-no's” related to refined white flour will be mitigated. Perhaps I'll do a bit of experimenting to see if I can develop a sourdough pastry for these, too, but for now, I'll heartily enjoy them as they are.

And although these cookies are meant for Purim, they're also excellent as energy bar replacements, food for when you're in labor, school lunches, and on a Christmas cookie platter.

Hamentaschen
(or Hamantaschen, however you prefer) 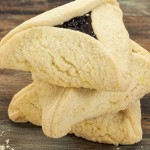